Show all events for this month 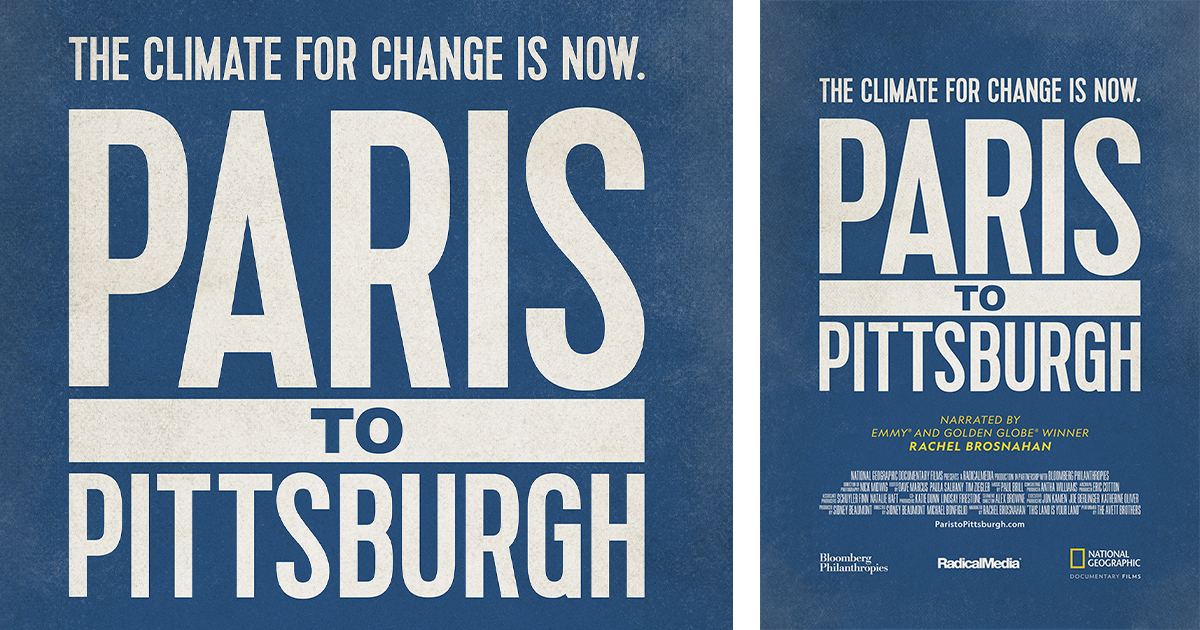 Join us for a FREE screening of Paris to Pittsburgh, a new film from National Geographic, produced by RadicalMedia in partnership with Bloomberg Philanthropies -- narrated by Emmy® and Golden Globe® Award-winning actress and activist Rachel Brosnahan (“The Marvelous Mrs. Maisel”).

From coastal cities to America’s heartland, Americans are demanding and developing real solutions in the face of climate change. And as the weather grows more deadly and destructive, they aren’t waiting on Washington to act. Learn about their incredible stories in Paris to Pittsburgh, and be inspired to create change in your own community! Watch the trailer here.

We are excited to be hosting a screening of this incredible film at the SNF Parkway Theatre on April 26th at 6:30pm. Following the film, we'll hear remarks from Professor Marsha Wills-Karp, PhD and Chair, Department of Environmental Health and Engineering.

We hope to see you there!